“The manga-style illustrations successfully magnify the range of feelings expressed in the story while the text and image placement effectively enhance the drama and conflicts. The color palette, with light purples, peaches, and blues, lifts Grace’s brooding storyline with a playful feeling… A story of friendship and sibling rivalry that will resonate with many readers.” —Kirkus“With a soft color palette and stylized faces, bouncy illustrations interplay seamlessly with denser speech bubbles, making this ideal for intermediate graphic novel readers. Jeong delivers an endearing portrayal of friendship and sibling bonds (“Why? ‘Cos you’re my sister. Duh”) in this accessible, appealing debut.” —Publishers Weekly“BonHyung Jeong, a Korea-born, internationally raised and U.S.-educated artist, astutely channels the universal experience of growing up–and sometimes growing away–in her delightfully boisterous middle-grade graphic novel debut… Her whimsically stylized art adds an ongoing invitation for interactive engagement… Beyond the lively visuals, Jeong is a multi-layered storyteller who relies on much more than dialogue bubbles to reveal her characters’ thoughts. Asides directed at readers appear in boxes with italicized text; whispers are seen in lowercase type encased in dotted borders; mobile texts presented in a computer font are strewn throughout–communication can happen in many ways, she reminds readers. She’s also deft at inserting humor, especially in creating exaggerated reactions and highlighting overwhelming emotions.” —ShelfAwareness 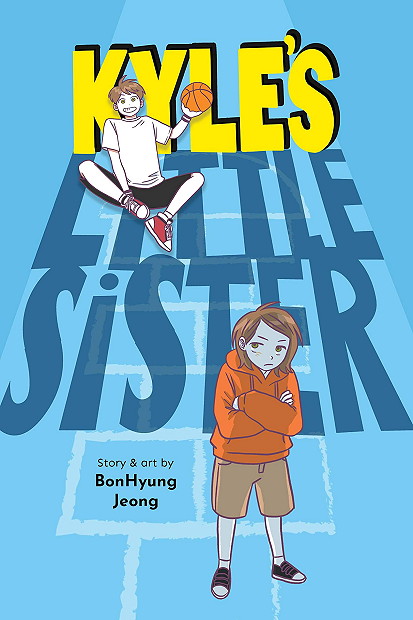 My name is Grace, not “Kyle’s little sister!”

Having a good-looking, friendly, outgoing older brother sucks—especially when you’re the total opposite, someone who likes staying home and playing video games. Your parents like him better (even if they deny it!), and everyone calls you “Kyle’s little sister” while looking disappointed that you’re not more like him. I was really hoping I’d get to go to a different middle school, but no such luck. At least I have my friends…until he finds a way to ruin that, too…! Argh! What do I have to do to get out of his shadow?!

You can purchase Kyle’s Little Sister at the following Retailers: 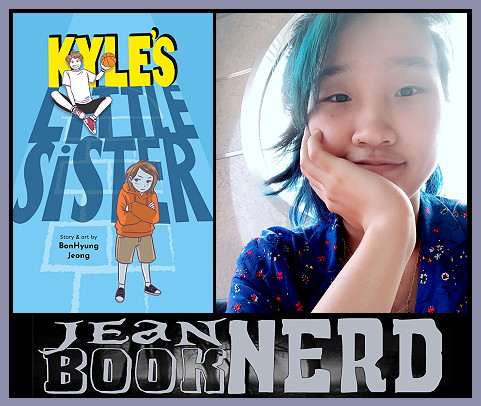 BonHyung Jeong (Bon) studied Cartooning at the School of Visual Arts in New York, and Kyle’s Little Sister is her debut graphic novel, made possible with the help of numerous people. She hopes to make connections with others through relatable stories. Currently living in Korea, she’s always busy playing console games – exactly like someone in the book!