A REBEL IN AUSCHWITZ

I am thrilled to be hosting a spot on the A REBEL IN AUSCHWITZ by Jack Fairweather Blog Tour hosted by Rockstar Book Tours. Check out my post and make sure to enter the giveaway! 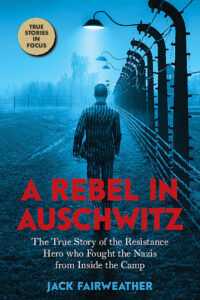 About the Book:
Title: A REBEL IN AUSCHWITZ: The True Story of the Resistance Hero who Fought the Nazis from Inside the Camp
Author: Jack Fairweather
Pub. Date: October 19, 2021
Publisher:  Scholastic Focus
Formats: Hardcover, eBook, Audiobook
Pages: 352

With exclusive access to previously hidden diaries, family and camp survivor accounts, and recently declassified files, critically acclaimed and award-winning journalist Jack Fairweather brilliantly portrays the remarkable man who volunteered to face the unknown in the name of truth and country. This extraordinary and eye-opening account of the Holocaust invites us all to bear witness.

Witold Pilecki, a Polish underground operative, accepted a mission to uncover the fate of thousands interned at a new concentration camp, report on Nazi crimes, raise a secret army, and stage an uprising. The name of the camp — Auschwitz.

Over the next two and half years, and under the cruellest of conditions, Pilecki’s underground sabotaged facilities, assassinated Nazi officers, and gathered evidence of terrifying abuse and mass murder. But as he pieced together the horrifying Nazi plans to exterminate Europe’s Jews, Pilecki realized he would have to risk his men, his life, and his family to warn the West before all was lost. To do so meant attempting the impossible — but first he would have to escape from Auschwitz itself…

Praise for The Volunteer (adult edition):

“This is a story that has long deserved a robust, faithful telling, and [Fairweather] has delivered it.” — Wall Street Journal

“An extraordinary story.” — The Times

* “A forceful narrative with unstoppable reading momentum, Fairweather has created an insightful biography of a covert war hero and an extraordinary contribution to the history of the Holocaust.” — Booklist, starred review

“Witold Pilecki is one of the great — perhaps the greatest — unsung heroes of the second world war… Jack Fairweather’s meticulous and insightful book is likely to be the definitive version of this extraordinary life.” — Economist 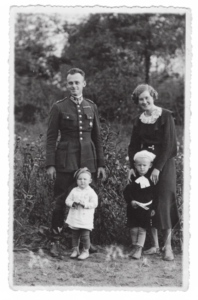 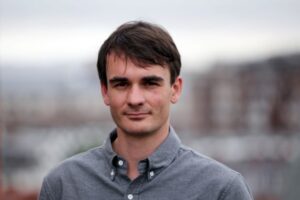 Jack Fairweather is a former war reporter in Iraq and Afghanistan and the author of A War of Choice and The Good War. The adult edition that tells this story is titled The Volunteer: The True Story of the Resistance Hero Who Infiltrated Auschwitz, which was named winner of the Costa Award and a #1 Sunday Times bestseller. Jack has served as the Daily Telegraph’s Baghdad bureau chief, and as a video journalist for the Washington Post in Afghanistan. His war coverage has won a British Press Award and an Overseas Press Club award citation.

3 winners will receive a finished copy of A REBEL IN AUSCHWITZ, US Only.