I am thrilled to be hosting a spot on THE THINGS THE RIVER HIDES by A.N. Sage Blog Tour hosted by Rockstar Book Tours. Check out my post and make sure to enter the giveaway! 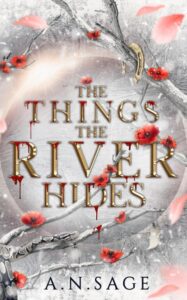 Where rivers run red as blood, a long-forgotten darkness awaits its freedom…

Nastya Sokolov dreams of not being seen as an outcast. Born with the ability to foretell death with a simple touch, she’s relegated to the confines of her mother’s funeral home. A virtual prisoner, she longs to break free.

When the body of a car crash victim arrives at the morgue, Nastya finds something amiss. A clue beckoning to be unravelled.

Soon, another boy greets her doorstep. This one very much alive and insistent his friend’s death was no accident. Before long, Nastya is dragged into a web of impossibilities, strange coincidences, and a baffling mystery in the small town of Cherry Cove.

A mystery that triggers a vision.

She knows better than to tempt fate, but its pull is mighty and her curiosity relentless. Will Nastya follow the trail and uncover the truth about Cherry Cove and the darkness that festers just below the surface?

Find out in this young adult dark fantasy mystery filled with intrigue, long-held secrets, murder, and a desperate race to save a life!

Top 5 favorite scenes and why: 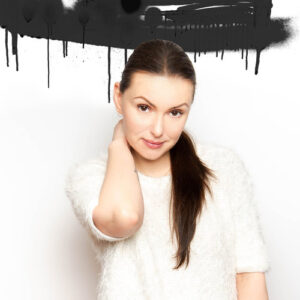 A.N. Sage has spent most of her life waiting to meet a witch, vampire, or at least get haunted by a ghost. In between failed seances and many questionable outfit choices, she has developed a keen eye for the extra-ordinary.

A.N. spends her free time reading and binge-watching television shows in her pajamas. Currently, she resides in Toronto, Canada with her husband who is not a creature of the night.

A.N. Sage is a Scorpio and a massive advocate of leggings for pants.

Subscribe to A.N.’s newsletter to get a copy of Coven of Deception, a Shadowhurst prequel novella, sent straight to your inbox. You’ll also get news of subscriber-only giveaways, contests, preview chapters, and the chance to receive advance reader copies of new releases. https://ansage.ca/newsletter-1

10 Winners will receive an eBook of THE THINGS THE RIVER HIDES, International.