I am thrilled to be hosting a spot on the SHOWMANCES AND STAGE KISSES by Suzanne de Planque Writing As Bowden Walker Blog Tour hosted by Rockstar Book Tours. Check out my post and make sure to enter the giveaway! 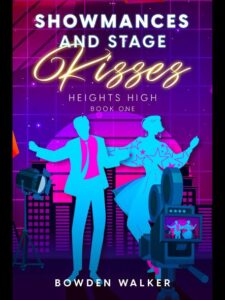 NYC, 1984. With an off-the-scale IQ, Sebastian Weiss can do anything except talk to girls. And with his future meticulously planned by his multi-millionaire parents, all the seventeen year old nerd can see in front of him is Harvard and bone-crushing boredom. So hanging around the set of his best friend’s smash-hit soap is everything he wants… especially after a gorgeous bad girl is cast as his buddy’s kissing co-star.

Sam Macaulay can’t believe her luck. After drug use, a rotten boyfriend, and self-sabotage all but killed her career, the desperate young woman is elated to land a coveted gig making out with the guy every teenager dreams of. But despite their instant chemistry and off-camera carousing, she finds herself mysteriously drawn to his geeky rich-kid pal.

Deliberately blowing his college applications, Sebastian resists leaving the carefree life behind even as he watches the beautiful actress fall hard for his friend. But Sam feels torn in two when a personal tragedy brings her closer to both guys and she can’t decide between the teen idol and the last virgin standing.

Will a complex emotional triangle ruin everyone’s chance at happily ever after?

Showmances and Stage Kisses is the page-turning first book in the YA Heights High coming of age series. If you like MTV-era antics, confused teenage romance, and the struggle of youth to find themselves, then you’ll love Bowden Walker’s nostalgia-filled tale.

“Welcome to the world of teenage acting, where it’s not all rainbows and sunshine. Showmances and Stage Kisses showcases behind the scenes drug and alcohol use (ouzo, anyone?), oh-so-complicated teen relationships with accompanying hormones, and show business antics. Join teen heartthrob and star of Heights High, Nicholas, and his Harvard-bound best friend Sebastian, as they navigate life among dysfunctional adults and girls galore, amidst a world of chaos in the 1980s.  This story is both frantic and heartwarming with an exceptional cast of characters.” —San Francisco Book Review

“A highly entertaining and nostalgia-rich work of young adult fiction, Showmances and Stage Kisses is refreshingly honest about the adult nature of teenage years. Never condescending to teen readers, Bowden Walker has a knack for portraying the messes that teens get into, as well as the resilient ways they pick themselves back up again, in this captivating young adult novel set against a uniquely evocative backdrop.” —SPR

He played Tommy on Heights High, known to the cast as Hormone High, a half hour soap about kids at a fictional Brooklyn Heights high school. Tommy was a nightmare of stereotypes, a walking letter jacket topped off with an electric guitar; a thirty-five-year-old screenwriter’s idea of what a twelve-year-old girl thought was cool.

Years ago, when he first booked the job, things had been different. His mom had been between men again, and they needed the paycheck.

But lately he couldn’t even walk down the block anymore without seeing his face plastered on a pile of Tiger Beats at the news stand, or worse, on those stupid bus ads.

It seemed like all he did now was stand around on set looking stupid in a letter jacket—like any kid in New York had ever worn a letter jacket. That and kiss his evil costar Sloane, better known to countless twelve-year-old girls as his long-suffering girlfriend, Lily. He was the one suffering, having to kiss her.

He would be lost without Sebastian. They had grown up together.

Sebastian had known him before everything changed, before everyone wanted something from him.

All Sebastian had ever wanted was to be his friend. 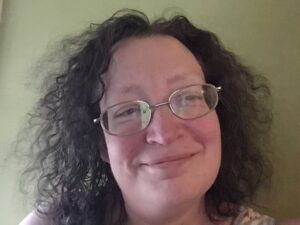 Suzanne de Planque is a writer, actor, and stay-at-home mom. Theatrical credits include off-Broadway and other New York, regional, and tours; everything from Shakespeare to Sondheim.
She has sung on Broadway. The New Amsterdam, not the street. Though she has probably sung on the street, too.

A few highlights from her years in the theater include enacting what must be every Grimm fairytale in her years as the self-proclaimed Queen of Children’s Theater, playing cut-rate Disney princesses at birthday parties, inspiring a generation of high school students as the DON’T example in a series of job-seeking educational videos, and breaking her neck falling out of a giant teapot dressed as the Dormouse.

The latter resulted in a career change to playwriting and a healthy respect for teacups. Her plays have been commissioned and performed in New York and regionally.

She lives in a little White House in Brooklyn with her husband and son, an impressive array of costumes, swords, and Original Broadway Cast albums, and a world-class collection of children’s books. She is an avid collector of antique and vintage children’s literature, a devotee of War of the Roses and Tudor history, and a fan of literary tourism, in person and on Pinterest.

She has never passed a wardrobe without checking, just in case.