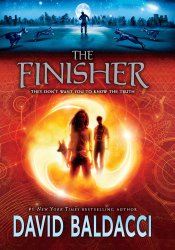 David Baldacci made a big splash on the literary scene with the publication of his first novel, ABSOLUTE POWER. A major motion picture adaptation followed, with Clint Eastwood as its director and star. In total, David has published 27 novels, all of which have been national and international bestsellers; several have been adapted for film […]