Praise for THE NIGHT WEAVER“With its boogeyman-like creature based in lesser-known folklore, the novel is unique, as well as creepy and unsettling. It also functions on a metaphorical level, growing stronger by feeding on the negative emotions of the townspeople … The Night Weaver introduces a world of myth, intrigue, and darkness with considerable technique.” ―Foreword Reviews

“Simultaneously refreshing and deeply unsettling, The Night Weaver weaves together small-town horror with an intricate otherworldly fairytale to deliver a blend of horror and fantasy that captures the essence of young adult terror seasoned with the stuff of grown-up nightmares.” ―The Nerd Daily

“… a very easy to read page-turner … As the mystery develops it moves deeper into dark fantasy … brimming with ideas.” ―Ginger Nuts of Horror

“I have been searching high and low to find a writer that could intrigue me with writing as witty and crafty as Cassandra Clare, and lo and behold I found one. HOLY HELL what a read.” ―Nadine Maritz, MY HEAD “IN A NUTSHELL“
2018 BRAM STOKER AWARDS® Final Ballot FINAL BALLOT
LOS ANGELES, CA, FEBRUARY 23, 2019
Named in honor of the author of the seminal horror novel Dracula, the Bram Stoker Awards® are presented annually for superior achievement in writing in eleven categories. Previous winners include Stephen King, J.K. Rowling, George R. R. Martin, Joyce Carol Oates, and Neil Gaiman. The HWA formed in 1985 with the help of many of the field’s greats, including Dean Koontz, Robert McCammon, and Joe R. Lansdale. The HWA is home to the prestigious Bram Stoker Award® and the annual StokerCon convention.SUPERIOR ACHIEVEMENT IN A YOUNG ADULT NOVEL
•Ireland, Justina – Dread Nation (Balzer + Bray)
•Legrand, Claire – Sawkill Girls (Katherine Tegen Books)
•Maberry, Jonathan – Broken Lands (Simon & Schuster)
•Snyman, Monique – The Night Weaver
•White, Kiersten – The Dark Descent of Elizabeth Frankenstein (Delacorte Press) 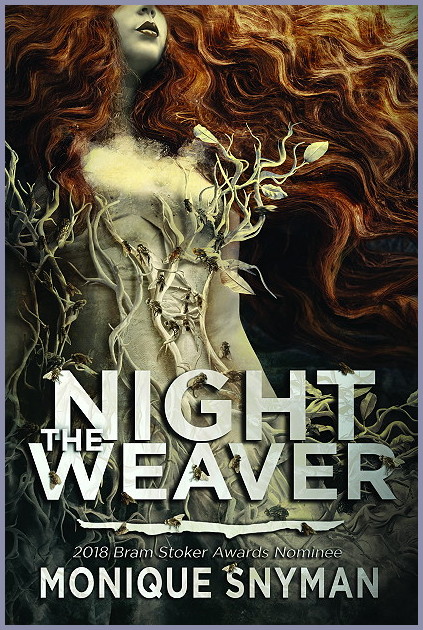 Shadow Grove isn’t a typical town. Bad things happen here. Children disappear, one after the other, and nobody is doing anything about it. Parents don’t grieve, missing posters don’t line the streets, and the sheriff seems unconcerned.

Seventeen-year-old Rachel Cleary lives on the outskirts of Shadow Grove, next to the creepy forest everyone pretends doesn’t exist. Usually the forest is filled with an eerie calm, and unmistakeable graveyard solemnity. But the trees have started whispering, forgotten creatures are stirring and the night feels darker than ever.

Something is stalking the residents of Shadow Grove, changing them into brain-dead caricatures of themselves. It’s up to Rachel to find a way to stop the devouring of her hometown before all is destroyed and everyone she loves is forever lost.

Original cover art by Marcela Bolivar
And title treatment by Michael J. Canales
You can purchase The Night Weaver at the following Retailers: 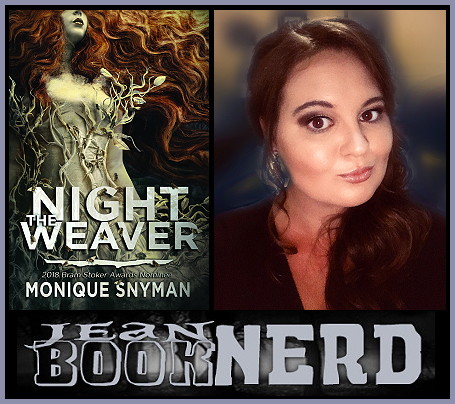 Monique Snyman’s mind is a confusing bedlam of glitter and death, where candy-coated gore is found in abundance and homicidal unicorns thrive. Sorting out the mess in her head is particularly irksome before she’s ingested a specific amount of coffee, which is equal to half the recommended intake of water for humans per day. When she’s not playing referee to her imaginary friends or trying to overdose on caffeine, she’s doing something with words—be it writing, reading, or fixing all the words.

Monique Snyman lives in Pretoria, South Africa, with her husband and an adorable Chihuahua. She’s the author of MUTI NATION, a horror novel set in South Africa, and Bram Stoker Award® nominated novel, THE NIGHT WEAVER, which is the first installment in a dark fantasy series for young adults. 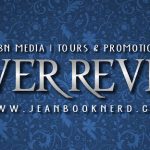