my true love gave to me: I am so excited to be a part of this tour about a fantastic series by JAMES DASHNER! Only weeks ago, sinking into the Sleep was fun, and Michael used to live to game. The VirtNet combined the most cutting-edge technology and the most sophisticated gaming for a full mind-body experience. But now every time Michael sinks, he risks his life, as the VirtNet has become a world of deadly consequences. The Mortality Doctrine—Kaine’s master plan—has nearly been realized, and little by little the line separating the virtual from the real is blurring. If Kaine succeeds, it will mean worldwide cyber domination. And it looks like Michael and his friends are the only ones who can put the monster back in the box—if Michael can figure out who his friends really are.

The Mortality Doctrine series has been hailed as “an intriguing read for the digital generation” (Kirkus Reviews) and “a gripping page-turner” (BookPage), delivering “an adrenaline rush” (School Library Journal). The series has captivated Dashner fans and became an instant New York Times bestseller. THE GAME OF LIVES is sure to follow suit. JAMES DASHNER is the author of the #1 New York Times bestselling Maze Runner series, which has sold 12 million copies to date, and has seen major motion picture adaptations of both The Maze Runner and most recently The Scorch Trials. Maze Runner: The Scorch Trials debuted at #1 at the box office and continues to entertain moviegoers around the globe. He is also the author of the Thirteenth Reality series and two books in the Infinity Ring series. A former CPA, Dashner is now a full-time writer, creating novels that legions of readers have enjoyed. He lives with his family in Utah.

To learn more about him and his books, visit JamesDashner.com, follow @jamesdashner on Twitter, Facebook, and find dashnerjames on Instagram. And join our newsletter today at http://www.theeyeofminds.com/dashner-army/ for exclusive material on James, his books, and more.

THE GAME OF LIVES by James Dashner

THE RULE OF THOUGHTS by James Dashner

THE EYE OF MINDS by James Dashner WANT TO WIN THIS SET?

Giveaway Ends 12. 21.15 and open to all who can legally enter.
US only – must be over 18 or have your parents permission to enter.
An email will be sent and you have 48 hours to reply or a new winner will be chosen.
Winner will be announced within 48 hours at the end of the giveaway. Giveaway is organized by Bookhounds and sponsored by the Publisher
It has no affiliation with Facebook, Twitter or any other entitiy.
Void where prohibited.
a Rafflecopter giveaway

The #DashnerDash Reread! THE SCORCH TRIALS Check In! #Giveaway 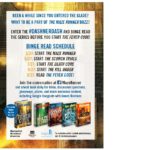 The #DashnerDash Binge Read of THE MAZE RUNNER @jamesdashner @RandomHouseKids 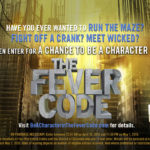 Be A Character in THE FEVER CODE by James Dashner Sweepstakes! @RandomHouseKids 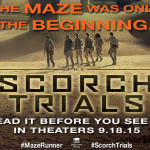 Read it before you see it! #Giveaway SCORCH TRIALS by @jamesdashner @randomhousekids

#Giveaway The Maze Runner and The Scorch Trials: The Collector’s Edition @jamesdashner @RandomHouseKids