by Kim Harrington
Published by Aladdin

Please include the banner linking to Rockstar Book Tours:

I am so excited that REVENGE OF THE RED CLUB by Kim Harrington is available now and that I get to share the news!

If you haven’t yet heard about this wonderful book by Author Kim Harrington, be sure to check out all the details below.

This blitz also includes a giveaway for a signed ARC, US Only, courtesy of Kim and Rockstar Book Tours. So if you’d like a chance to win, enter in the Rafflecopter at the bottom of this post. 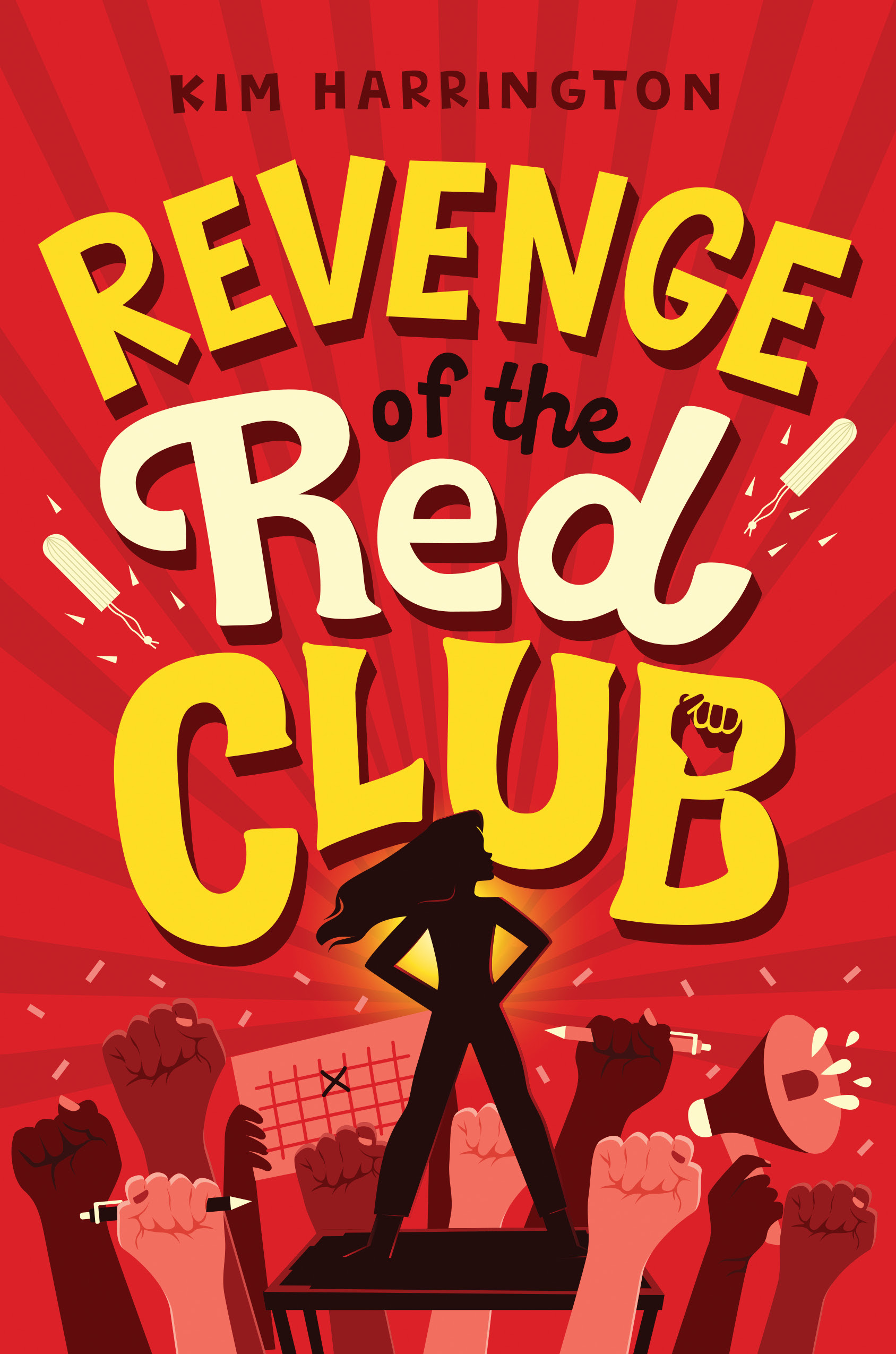 A tween reporter discovers an important and beloved club at school is being shut down—and uses the power of the pen to try and activate some much-needed social change in this period-positive and empowering middle grade novel about the importance of standing up for what you believe in.

Riley Dunne loves being a member of the Red Club. It’s more than a group of girls supporting each other through Aunt Flo’s ups and downs; it’s a Hawking Middle School tradition. The club’s secret locker has an emergency stash of supplies, and the girls are always willing to lend an ear, a shoulder, or an old pair of sweatpants.

But when the school administration shuts the Red Club down because of complaints, the girls are stunned. Who would do that to them? The girls’ shock quickly turns into anger, and then they decide to get even.

But wallpapering the gym with maxi pads and making tampon crafts in art class won’t bring their club back. Only Riley can do that. Using the skills she has cultivated as her school paper’s top investigative reporter (okay, only investigative reporter), she digs for the truth about who shut the club down and why. All the while dealing with friendship drama, a new and ridiculous dress code, and a support group that is now more focused on fighting with each other than fighting back.

Can she save the Red Club before this rebellion turns into a full-scale war?

Mr. Barlow’s eyes scanned the room. I immediately began rummaging in my backpack on the floor. He certainly wouldn’t call on me if I was super busy looking for a pencil or whatnot.

Poor Julia, though. What a day. First Stella called her out on her post-Labor Day wear, and now this. But as she stood up to walk to the board, things suddenly got way, way worse.

Julia had an uninvited guest—Aunt Flo, the most obnoxious, unwelcome visitor. And Julia certainly hadn’t been expecting Flo to show up. I didn’t think she even knew she was here. But due to that dark red stain on her white jeans, the whole class would know soon.

Julia started her walk down the aisle.

I yanked my hoodie over my head. I’d be cold in just a T-shirt, but this was more important. I ripped a piece of paper from my notebook and stuffed it in my pocket. Then I dashed down the aisle, swooped my arms around her, and quickly tied the sweatshirt around her waist.

“You need this,” I whispered.

I continued down the aisle and tossed the crumpled-up piece of paper from my pocket into the trash. Then I casually walked back to my seat. Nothing to see here. Just had to throw some scrap paper away.

But unfortunately, some people had seen. Bad people. The front of the class was oblivious, but Brody Scruggs and a couple of his buddies from the back were snickering and laughing with one another.

Mr. Barlow turned around. “Is there a problem?”

They clammed up and shook their heads. But as soon as Mr. Barlow turned away to hand the marker to Julia, evil grins spread across their faces once again.

Ava gave me a nod and whispered, “Good work,” under her breath.

I only wished I’d been faster. Or that Julia’s Aunt Flo hadn’t decided to visit on a day that she got called up to the board. Or that she hadn’t broken the Labor Day white-pants rule.

“I hope you’re not going to take that sweatshirt back,” Brody sneered.

“Why wouldn’t I?” I asked, giving him a fake bewildered look.

He rolled his eyes. “You know why.”

Mr. Barlow turned around. “Is there a problem in the back of the room?”

I nonchalantly began scribbling numbers in my notebook, not a care in the world. Brody huffed beside me. But I doubted that he was upset about getting in trouble for talking. He got in trouble a thousand times a day. What had really gotten under his skin was that he was unable to get under mine. I didn’t give him the satisfaction of getting upset, and I wouldn’t let Julia do it either.

I smiled as I looked at the numbers I’d written down. It was time to introduce the new girl to the Red Club. 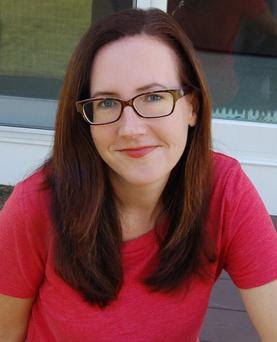 Kim Harrington is the author of Clarity, Perception, The Dead and Buried, and Forget Me for teens and the Sleuth or Dare and Gamer Squad series for kids. She lives in Massachusetts with her husband and son. When not writing, she’s most likely reading, watching one of her favorite TV shows, or fantasizing about her next vacation. Her first book, Clarity, received a starred review from Publisher’s Weekly, was a 2012 ALA Quick Pick for Reluctant Readers, sold to nine countries, and was optioned for television by Warner Brothers.

1 winner will win  a signed ARC, US Only.