I am thrilled to be hosting a spot on  THE RUMOR GAME by Dhonielle Clayton & Sona Charaipotra Blog Tour hosted by Rockstar Book Tours. Check out my post and make sure to enter the giveaway! 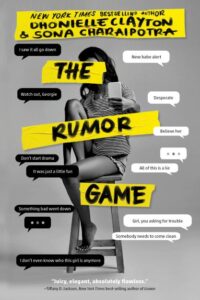 All it takes is one spark to start a blaze.

At Foxham Prep, a posh private school for the children of DC’s elite, a single rumor has the power to ruin a life.

Nobody knows that better than Bryn. She used to have it all—the perfect boyfriend, a bright future in politics, and even popularity, thanks to her best friend, cheer captain Cora. Then one mistake sparked a scandal that burned it all to the ground.

Now it’s the start of a new school year and the spotlight has shifted: It’s geeky Georgie, newly hot after a summer makeover, whose name is on everyone’s lips. When a rumor ignites, Georgie rockets up the school’s social hierarchy, pitting her and Cora against each other. It grants her Foxham stardom . . . but it also makes her a target.

As the rumors grow and morph, blazing like wildfire through the school’s social media, all three girls’ lives begin to unravel. But one person close to the drama has the power to stop the gossip in its tracks. The question is—do they even want to?

From Dhonielle Clayton and Sona Charaipotra, authors of the Tiny Pretty Things duology (now a Netflix series), comes the edge-of-your-seat social thriller everyone will be talking about.

OMG – THIS – THIS IS WHY SOCIAL MEDIA IS HORRIBLE FOR TEENS.

Bryn has a fall from grace when the break up with her boyfriend leads to her running him off the road in a rage.  Her best friend, Cora’s boyfriend is in the car and is injured.  So now she has been reduced to the trashy white girl at her prestigious prep school.  Her next-door neighbor, Georgie is trying to start over after her parents send her to a fat camp. As Cora now takes Bryn’s place at the top of the school hierarchy, Georgie and Bryn try to start new lives.

Then the rumors start as someone posts a picture of Cora’s boyfriend on the stair with Georgie on social media.  The picture is made to tell a story that isn’t real but gossip.  This one is what can happen with anonymous posts on social media combined with malicious gossip and jealousy.

This story is like the old game of telephone where you repeat a fact and it becomes distorted over time to resemble nothing like the truth.  It snowballs and takes out innocent bystanders and just doesn’t seem to stop until it rolls over everyone.  The story told in alternate voices of the three main characters exposes what really goes on at exclusive schools – racism, body shaming, status, and perfectionism.  This is really a quick and fast-paced read. I loved all the little details and settings. 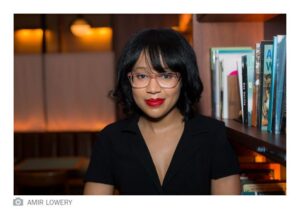 Dhonielle Clayton is the New York Times best-selling author of the Belles series, The Mirror: Shattered Midnight, and the coauthor of Blackout and the Tiny Pretty Things duology, now a Netflix original series. She hails from the Washington, DC, suburbs on the Maryland side. She taught secondary school for several years, and is a former elementary and middle school librarian. She is COO of the non-profit We Need Diverse Books, and president of Cake Creative, an IP story kitchen dedicated to diverse representation. She’s an avid traveler, and always on the hunt for magic and mischief. Up next: The Marvellers, her middle grade fantasy debut. You can find her on social media @brownbookworm. 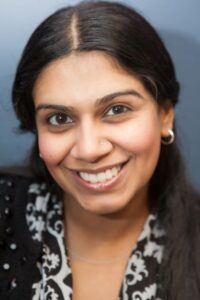 Sona Charaipotra is the author of Symptoms of a Heartbreak and How Maya Got Fierce, and coauthor of the Tiny Pretty Things duology, now a Netflix original series. She earned her master’s in screenwriting from NYU and an MFA in creative writing from the New School. A working journalist, Sona has held editorial roles at People, TeenPeople, ABCNews.com, MSN, and most recently, the Barnes & Noble Teen Blog (RIP), and contributed to publications from the New York Times to TeenVogue. She is a former We Need Diverse Books board member, and co-founder of CAKE Literary, a boutique book packager focused on high-concept diverse titles. Find her on the web talking about books, Bollywood movies, and chai.

3 winners will receive a finished copy of THE RUMOR GAME, US Only. 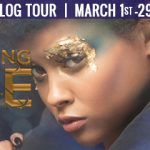