I am thrilled to be hosting a spot on THE PACK #2: CLAW AND ORDER by Lisi Harrison Blog Tour hosted by Rockstar Book Tours. Check out my post and make sure to enter the giveaway! 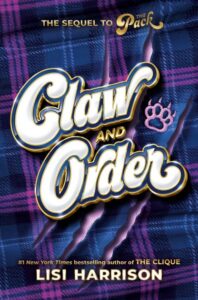 Sadie and her best friends are back in book two of this series about girls with animal powers. The Pack seems stronger than ever but Sadie has a secret that could claw its way out.

Sadie thought joining the Pack would be the wildest thing to happen to her this year but the school year is becoming even harder.

On top of classes Sadie has to navigate her growing feelings for her crush, taming her powers during cheer practice and trouble making hyenas trying to take her crown.

Then there is the massive secret she is keeping from her BFF Lindsey–that could destroy their friendship and The Pack as they know it. Will the shocking truth come out to bite them?

THE PACK #2 CLAW AND ORDER Excerpt 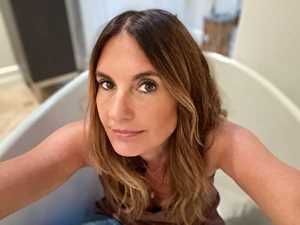 In 2003, Lisi left her position as senior director of development at MTV Networks to write The Clique series (2013-2011), which sold more than eight million copies and was on the New York Times bestseller list for more than two hundred weeks. Ten titles hit #1, and foreign rights were sold in thirty-three countries. Alphas was a #1 New York Times bestseller, and Monster High was an instant bestseller. In 2013 Lisi released her YA series Pretenders and her first adult novel, The Dirty Book Club in 2017. In 2021 Lisi launched two new middle-grade series—Girl Stuff and The Pack. Currently, she is working on a middle-grade series with New York Times bestselling author Daniel Kraus called Graveyard Girls (9.6.22).

Lisi lives in Laguna Beach, California, where she leads Drama Free Friend workshops that teach kids, and their parents, how to have healthy, drama-free friendships.

1 winner will receive a finished copy of THE PACK #2: CLAW AND ORDER, US Only.