I am thrilled to be hosting a spot on THE REGISTRATION by Madison Lawson Blog Tour hosted by Rockstar Book Tours. Check out my post and make sure to enter the giveaway! 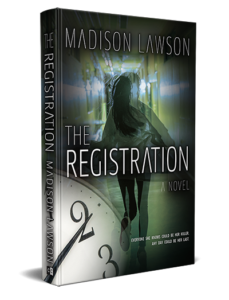 You can’t outrun the Registration

Imagine it’s legal to commit one murder in your lifetime?if you Register the victim and accomplish the kill within fourteen days. So when Lynell Mize stands in line to Register the man who abused her as a child, she’s shocked to hear a stranger Register her to be killed. Why would anyone who doesn’t know her squander his one legal murder on her? Desperate to survive the next two weeks, she must find out who wants to kill her?and why.

Easier said than done as Lynell soon discovers that multiple strangers have used their Registration on her. Along the way, she reunites with her estranged husband who is determined to dig up a past Lynell prefers to keep buried. With only days left to live, Lynell fights to uncover the truth and survive a destiny not of her choosing.

THE REGISTRATION: THE MOVIE

The Registration is coming to the big screen! Sydney Sweeney and Brad Fuller will work with Sony pictures to produce the adaptation of The Registration. Sydney will star in the film and The Night House writers Ben Collins and Luke Piotrowski will write the script.

I create a Spotify playlist for all my projects and I pick songs that fit the vibe of the novel, make me think of a character or characters from the story, and songs I imagine playing during specific scenes. My Spotify is @madisonlawson96, and the playlist of The Registration is titled “The Registration” (clever, right?).

If I had to shorten the playlist to only ten songs, they would be the following:

Songs for the love story/relationship between Daniel and Lynell:

Every little thing that you said and done
Feels like it’s deep within me
Doesn’t really matter if you’re on the run
Seems like we’re meant to be
2. Villains by Johnnyswim
So complicated trying to love with ease
We’re dodging arrows that we think we see
Here we go again
Making villains out of lovers, lovers, lovers

3. Out of the Woods by King & Country
We were built to fall apart
Then fall back together

Songs for Lynell’s journey to discovering the truth of herself and her family:

5.Carry Your Throne by Jon Bellion
If you’re lost in this darkness
I’ll carry your throne
No, I won’t let it swallow you whole

6.Castle by Halsey
I’m headed straight for the castle
They’ve got the kingdom locked up
And there’s an old man sitting on the throne
That’s saying I should probably keep my pretty mouth shut

Other songs that fit specific scenes or the overall vibe of the novel:

.Run for Your Life by The Seige

No, I do not know me
‘Cause I
Sabotage the things I love the most
Camouflage so I can feed the lie that I’m composed
“You do not want this”

Let Me Live / Let Me Die by Des Rocs 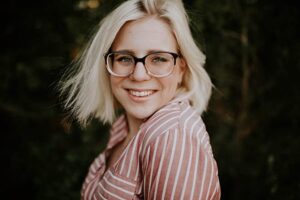 Author Madison Lawson writes speculative fiction novels full of suspense, social commentary, and complex relationships. She has published a dozen short stories, many of which won awards such as the Koresh Award and the Gordone Award. She received her B.A. in English from Texas A&M University and is currently earning her M.A. in English at North Carolina State University. Born and raised in a small Texas town, Madison began escaping through reading and writing as soon as she could. To stay updated, follow Madison on social media and head to madisonlawson.com.

1 winner will receive a finished copy of THE REGISTRATION & swag, US Only.