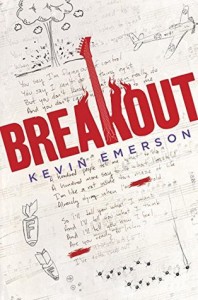 When Anthony's angst-ridden rock 'n' roll lyrics go viral, he's unwittingly cast as the school rebel. The truth is, he's not trying to be anyone's hero.

Anthony Castillo needs a new life. His teachers are clueless autocrats except for Mr. Darren, who’s in charge of the rock band program. The girls at school are either shallow cutebots or out of his league. And his parents mean well, but they just make things worse. It’s as if Anthony is stuck on the bottom level of his favorite video game, Liberation Force 4.5. Except there is no secret escape tunnel and definitely no cheat code.

Fed up, pissed off, and feeling trapped, Anthony writes his first song for his rock band, the Rusty Soles. His only problem: Arts Night. If he exercises his right to free speech and sings his original lyrics—where his own bombs will drop—he and his band will be through.

The clock is ticking. Time for Anthony to pick his battles and decide what’s really worth fighting for

Anthony is having growing pains, massive eighth grade pains, not quite a teen but definitely out of childhood. He has experienced his first kiss and breakup and feels no one understands him. He is a bit overwight and is prediabetic, so he can’t indulge like a normal teen. The teachers at his school seem to be against him and he can’t help himself and acts out in rebellion. The only true high point in his life is a rock band class that meets after school. With his best friend and bass player, Keenan, he joins Valerie, the drummer and Sarah the singer. They hope to play at the school talent show and can’t seem to get the act together.

As the singer gets suspended, the other three members are forced to find an alternative for a singer. While at his breaking point, Anthony puts his anger into words and writes a song called “Breakout” that sums up all of his angst. It ends with an expletive that is typical of a boy that age. When his friend loads up the song to a band site, it starts to get hits and becomes a mini sensation at the school.

For all this book has going for it, the whole thing just feels a bit flat. I didn’t really get any tension building up for the first third of the book and it wasn’t until the last 50 pages that everything came together. The characters all worked well together but I just wasn’t that into them. Anthony could have been a bit more sympathetic but was a bit too whiney for me.

Author of the EXILE series, THE ATLANTEANS series, THE FELLOWSHIP FOR ALIEN DETECTION, the OLIVER NOCTURNE series and CARLOS IS GONNA GET IT. Musician in THE BOARD OF EDUCATION. Former K-8 science teacher, currently teaching with Richard Hugo House and Writers in the Schools. Originally from Cheshire, CT, now living in Seattle, by way of Boston.

Giveaway Ends 4.12.15 and open to all who can legally enter.
US only – must be over 18 or have your parents permission to enter.
An email will be sent and you have 48 hours to reply or a new winner will be chosen.
Winner will be announced within 48 hours at the end of the giveaway. Giveaway is organized by Bookhounds and sponsored by me
It has no affiliation with Facebook, Twitter or any other entitiy.
Void where prohibited. 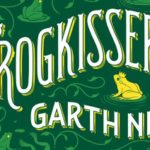