Cassandra Clare meets Caribbean legend in SHADOWSHAPER, an action-packed urban fantasy from a bold new talent.
Sierra Santiago was looking forward to a fun summer of making art, hanging out with her friends, and skating around Brooklyn. But then a weird zombie guy crashes the first party of the season. Sierra's near-comatose abuelo begins to say "No importa" over and over. And when the graffiti murals in Bed-Stuy start to weep.... Well, something stranger than the usual New York mayhem is going on.
Sierra soon discovers a supernatural order called the Shadowshapers, who connect with spirits via paintings, music, and stories. Her grandfather once shared the order's secrets with an anthropologist, Dr. Jonathan Wick, who turned the Caribbean magic to his own foul ends. Now Wick wants to become the ultimate Shadowshaper by killing all the others, one by one. With the help of her friends and the hot graffiti artist Robbie, Sierra must dodge Wick's supernatural creations, harness her own Shadowshaping abilities, and save her family's past, present, and future. Daniel José Older is the author of the upcoming Young Adult novel Shadowshaper (Arthur A. Levine Books, 2015) and the Bone Street Rumba urban fantasy series, which begins in January 2015 withHalf-Resurrection Blues from Penguin’s Roc imprint. Publishers Weekly hailed him as a “rising star of the genre” after the publication of his debut ghost noir collection, Salsa Nocturna. He co-edited the anthology Long Hidden: Speculative Fiction from the Margins of History and guest edited the music issue of Crossed Genres. His short stories and essays have appeared in Tor.com, Salon, BuzzFeed, the New Haven Review, PANK, Apex and Strange Horizons and the anthologies Subversion and Mothership: Tales Of Afrofuturism And Beyond. Daniel’s band Ghost Star gigs regularly around New York and he facilitates workshops on storytelling from an anti-oppressive power analysis. You can find his thoughts on writing, read dispatches from his decade-long career as an NYC paramedic and hear his music atghoststar.net/ and @djolder on twitter.
Where you can find Daniel:

A book called Mixed Company, which is an excellent collection of writing and art by women of color from New Orleans.

A black and white postcard photo of Biggie standing in a cemetery.

A postcard photo of Grand Army Plaza in the 70s.

A postcard photo of Alexandre Dumas.

Great question. I totally go with the flow. I love writing and having no idea what’s going to happen next, writing to find out what happens next. Keeps things fresh feeling and exciting.

Indeed and Mario’s work is on my To Read list. Shadowshaper is very much a Brooklyn-centric book. It couldn’t have taken place anywhere else. The story itself feels like it grew out of the cracks and corners of the Brooklyn streets. I feel it’s the small moments, the folks walking by on the street, the tiny interactions with neighbors, the passing pigeons overhead, that give a place life, and the life in this book is thoroughly a Brooklyn one.

Ha! Only in the music sense for me. I suck at math. I minored in music composition in college though, and have been writing and playing it since I was a teenager. It does help writing, in the sense that like music, prose requires attention to rhythm, flow, silence, gravity. All these things matter and the experience of writing and playing has taught me a lot about how to approach the written word. 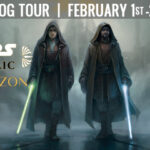 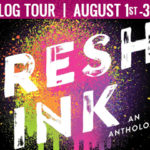