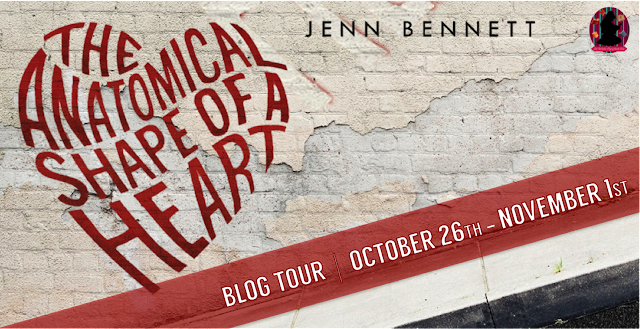 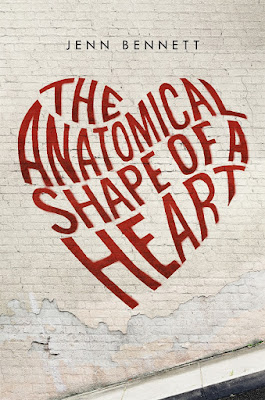 Synopsis:
Artist Beatrix Adams knows exactly how she’s spending the summer before her senior year. Determined to follow in Leonardo da Vinci’s footsteps, she’s ready to tackle the one thing that will give her an advantage in a museum-sponsored scholarship contest: drawing actual cadavers. But when she tries to sneak her way into the hospital’s Willed Body program and misses the last metro train home, she meets a boy who turns her summer plans upside down.

Jack is charming, wildly attractive . . . and possibly one of San Francisco’s most notorious graffiti artists. On midnight buses and city rooftops, Beatrix begins to see who Jack really is—and tries to uncover what he’s hiding that leaves him so wounded. But will these secrets come back to haunt him? Or will the skeletons in Beatrix’s own family’s closet tear them apart?

MY THOUGHTS
Beatrix is trying desperately to get a leg up (well, more like a heart up) on her competition for a college scholarship by getting access to cadaver’s at the local medical school in San Francisco.  Her mother is a nurse and they live in a very small apartment with her brother who is close to twenty-one.  She has a cute meet with a boy named Jack and they seem taken with each other.  As she tracks him down, he leaves very visual clues and finds him to be a notorious graffit artist.  The family values and frank discussions about what sex means is right on point. It also covers mental health in a positive manner as well.
This wasn’t what I was expecting, I was truly taken by the gorgeous writing style and how quickly I was pulled into Beatrix’s world of art and the art of illustrating anatomy.  I mean, how does one figure out that she wants to be an artist and specialize in taking apart the layers of humanity?  Then, mix that with a graphic artist who destroys and creates at the same time.  Yes, Jack is a tagger or a criminal but what he does is truly art.  I think he might be a young Shepard Fairey.    I also adored the banter between everyone. It is just what I image I would say if I had someone to write the words for me.  Parents:  this one is best for older teens since there is mentions of alcohol/drug use, sexual situations (handled perfectly) and some language.
Yes, buy this book. 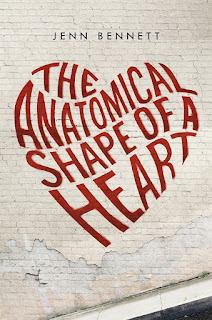 Follow the The Anatomical Shape of a Heart by Jenn Bennett Blog Tour and don’t miss anything! Click on the banner to see the tour schedule.

Jenn Bennett is an artist and RITA-nominated author of the Arcadia Bell urban fantasy series (Kindling the Moon) and the Roaring Twenties romance series, including Bitter Spirits, which was chosen as one of Publishers Weekly Best Books of 2014 and winner of RT Book Reviews Paranormal Romance Book of the Year, and Grave Phantoms—which was awarded RT’s May Seal of Excellence for 2015. The Anatomical Shape of a Heart, (akaNight Owls in the U.K.) is her first YA contemporary romance. She lives near Atlanta with one husband and two evil pugs. Visit her at www.jennbennett.net. 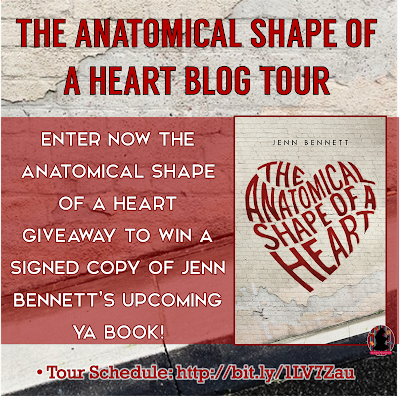