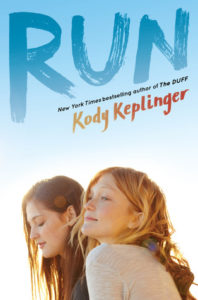 Bo Dickinson is a girl with a wild reputation, a deadbeat dad, and a mama who's not exactly sober most of the time. Everyone in town knows the Dickinsons are a bad lot, but Bo doesn't care what anyone thinks.
Agnes Atwood has never gone on a date, never even stayed out past ten, and never broken any of her parents' overbearing rules. Rules that are meant to protect their legally blind daughter -- protect her from what, Agnes isn't quite sure.
Despite everything, Bo and Agnes become best friends. And it's the sort of friendship that runs truer and deeper than anything else.
So when Bo shows up in the middle of the night, with police sirens wailing in the distance, desperate to get out of town, Agnes doesn't hesitate to take off with her. But running away and not getting caught will require stealing a car, tracking down Bo's dad, staying ahead of the authorities, and -- worst of all -- confronting some ugly secrets.

Two girls from opposite side of the track find friendship and courage to overcome their baggage and become better and stronger individuals.

Bo has more baggage than any high school junior should ever have to carry.  Her mother is a drug addict, her father ran off when she was a child and now her brother has left to pursue his life.  Agnes has severely limited vision and her parents are over protective to the point that she can never leave the house and has almost given up the hope of ever getting out of her small town.  When Bo helps Agnes find her way home after getting lost in the woods behind her house, the two start a friendship that leads both to a better life.

Bo decides that she needs to find her father and Agnes agrees that she needs to get away from her claustrophobic family and a road trip begins that ends in both getting a new start in life.  There is a bit of a romance between Bo’s brother and Agnes which makes her feel alive and more confident as well as Bo admitting that she prefers girls and that her reputation of a fast girl is something that she has used to keep that part of her secret from the kids at school.

This is a very emotional story told in alternating viewpoints from each character.  I was very resistant to the story as well but then realized that I had read 100 pages without a break and picked up again to finish it just as quickly.  I have read most of the author’s work so I was excited about this one. It is so realistic that it will give you “all the feels” quite quickly.  Parents:  there are sexual situations, drug and alcohol mentions. some violence, and language.  I would say it is actually pretty safe for most teens since the situations are handled with truth and dignity.

Want to Win this?

**Giveaway Ends 7.16.16 and open to all who can legally enter.
US only – must be over 18 or have your parents permission to enter.
An email will be sent and you have 48 hours to reply or a new winner will be chosen.
Winner will be announced within 48 hours at the end of the giveaway. Giveaway is organized by Bookhounds and sponsored by the me!
It has no affiliation with Facebook, Twitter or any other entitiy.
Void where prohibited.**
Not Responsible for lost, stolen or misdirected prizes.
a Rafflecopter giveaway 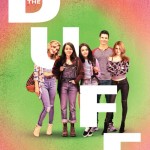