Cram ten hormonal teens into a spaceship and blast off: that’s the premise for the ill-conceived reality show Waste of Space. The kids who are cast know everything about drama—and nothing about the fact that the production is fake. Hidden in a desert warehouse, their spaceship replica is equipped with state-of-the-art special effects dreamed up by the scientists partnering with the shady cable network airing the show. And it’s a hit! Millions of viewers are transfixed. But then, suddenly, all communication is severed. Trapped and paranoid, the kids must figure out what to do when this reality show loses its grip on reality. Gina Damico is the author of Croak, Scorch, and Rogue, the grim-reapers-gone-wild books of the Croak trilogy. She has also dabbled as a tour guide, transcriptionist, theater house manager, scenic artist, movie extra, office troll, retail monkey, yarn hawker and breadmonger. A native of Syracuse, New York, she now lives outside Boston with her husband, two cats, and one dog, and while she has never visited hell in person, she has spent countless waking hours at the Albany Regional Bus Terminal, which is pretty darn close. Visit her website at www.ginadami.co.

Gina Damico is one author that I read EVERYTHING I can find by her, so WASTE OF SPACE is a must read for me.  In her latest, she takes 10 teens and places them in a reality show on a space ship. What can possibly go wrong?  Well, with Damico, almost everything and then some.  The teens all are chosen in a random, reality-show faithful casting much like a younger Big Brother mixed with Kardashian product placement.  Of course, with plans to broadcast 24-7, something goes awry when the teens don’t seem to do anything interesting.

Everything goes according to the plans of the producer who is a Ryan Seacrest type creature who tries to manipulate the teens into drama.  Some of the teens are pretty smart and are figuring out they are not really in space.  As the drama is artificially increased the rating take off but maintaining those ratings are cause for concern.  When the whole project goes dark, there are some major machinations at work.  The story is uniquely told by an intern who catalogs the inside scoop on this show which is now the subject of lawsuits.

I found this book so much fun to read.  It is a wonderful take on reality shows but also brings out the best in teens.  I am not going to go into each character and plot detail because that would truly ruin the whole thing.  Just note once you start, you have to read this one straight through.

3 winners will receive a hardcover of WASTE OF SPACE! US Only. 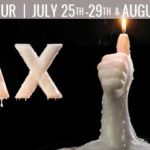 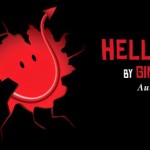