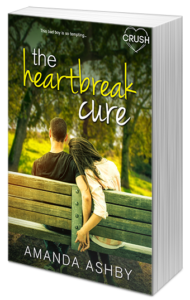 How to get over a heartbreak:

Step one: Eat your body weight in brownies.

Step two: Throw yourself into your dreams of becoming a famous writer.

Step three: Beg your (hottie) ex-neighbor to act as your fake boyfriend.

After being dumped and humiliated over the summer, Cat Turner does what any sane girl would do. She asks bad boy Alex Locke to be her fake boyfriend and show the world (and her editor at the school newspaper) that she’s fine. Problem is, the more time she spends with Alex, the more she risks getting her heart broken. For real this time.

Disclaimer: This Entangled Teen Crush book contains a swoony bad boy who will melt your heart, brownies, and witty banter. One, two, or all three might prove addictive…

Alex and Cat have grown up together, living next door but then his grandmother moved into a senior apartment and he moved out to his own place above his work.  His family life left a lot to be desired and he works really hard to overcome his history by getting excellent grades, working two jobs and visiting his grandmother.  As he strived to get a scholarship, he finds that his essay writing is lacking.

Cat has just survived becoming a victim of a prank over the summer that left her devastated when a boy breaks her heart and puts the video online of her breakdown. She comes up with a plan to show she is over the relationship by creating a fake romance with her friend Alex. Both of them have feelings for each other but they downplay those feelings.

Just when things are going great for this pair, Alex is confronted by his past and he doesn’t want Cat to really know what happened to his family and the guilt he carries with him.  With a lot of feeling and emotion, the pair try to overcome all of the setbacks he has faced.

Amanda Ashby has written two of my favorite books Fairy Bad Day and You Had Me at Halo and now I can add The Heartbreak Cure to that list.  This was a super fast read for me and the characters were so realistic, the whole story was easy to believe and relate to.  Even though it had the potential to get a little bit sappy, it retains an attitude that reminds me of a clean Katy McGarry book.  Yes, it has that much emotional pull. 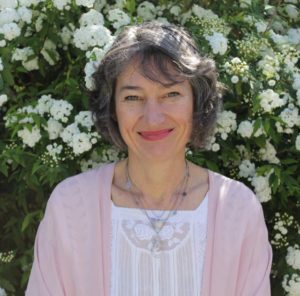 Amanda Ashby was born in Australia but now lives in New Zealand where she writes romance, young adult and middle grade books. She also works in a library, owns far too many vintage tablecloths and likes to delight her family by constantly rearranging the furniture. She has a degree in English and Journalism from the University of Queensland and is married with two children. Her debut book was nominated for a Romantic Times Reviewers Choice award, and her first young adult book was listed by the New York Public Libraryʼs Stuff for the Teen Age.  Because she’s mysterious she also writes middle grade books under the name, Catherine Holt and hopes that all this writing won’t interfere with her Netflix schedule.

$20 #Giveaway Excerpt ONCE IN A BLUE MOON by Amanda Ashby Ends 2.22