I am thrilled to be hosting a spot on the JUSTICE AT SEA by Christian Klaver Blog Tour hosted by Rockstar Book Tours. Check out my post and make sure to enter the giveaway! 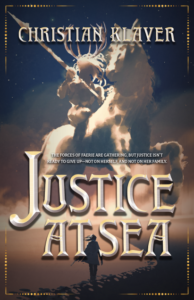 The tides of the Faerie War are turning, but at how high a cost for the Kasric family?

Justice Kasric, her siblings, and her parents are locked in combat on both sides of the Human-Faerie War. At fifteen, Justice may be the youngest ever Admiral to command her own ship and lead a resistance, but she has the magic and the will to do it. If only nearly every other member of her family weren’t either in immediate danger of dying-or attempting to kill her!

Forced to make dangerous pacts with more than one unpredictable ally, only Justice can decide how far she’ll go to save London. Is it worth sacrificing even a member of her own family?

Praise for Shadows Over London

“Fantasy at its most fantastic. Monsters, mystery, and magic in a beautiful and frightening world all their own. Justice Kasric and her strange family are a delight from first to last.” -Steven Harper, author of The Books of Blood and Iron series

“This first title in a new series slowly builds into a magical adventure in a world that is dark and unique . . . the plot and world building are sure to enthrall readers.” –School Library Journal

Well, I didn’t realize that this was the second book in a series but the author left me guessing the previous history up in this story but it was still enjoyable.  The story follows a teenage admiral of her own ship where she commands a variety of dwarves, faeries, and goblins with some humans.  Justice Kasric and her ship in an alternative Victorian London, where she is fighting Faeries along with her magical family members some on her side and some not.  The Faeries have overwhelmed her at every turn.  Since I was uncertain about Justice’s family history, I had to go back and read the first book.  I don’t recommend reading these out of order.  There are fights at sea and on land that are done with wonderful detail to the battles so you feel like you are there.  I really wish that the characters were a bit more developed and the story would have stood alone a bit better. 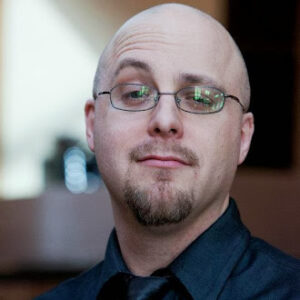 CHRISTIAN KLAVER has been writing for over twenty years, with a number of magazine publications, including Escape Pod, Dark Wisdom Anthology, and Anti- Matter. He’s the author of The Supernatural Case Files of Sherlock Holmes, the Empire of the House of Thorns series, and the Nightwalker series, but has written over a dozen novels in both fantasy and sci-fi, often with a Noir bent. He worked as a bookseller, bartender and a martial-arts instructor before settling into a career in internet security. He lives just outside the sprawling decay of Detroit, Michigan, with his wife Kimberly, his daughter Kathryn, and a group of animals he refers to as The Menagerie.

2 winners will receive a finished copy of JUSTICE AT SEA, US Only.