I am thrilled to be hosting a spot on the NOVA’S BLADE by Will Scifi Blog Tour hosted by Rockstar Book Tours. Check out my post and make sure to enter the giveaway! 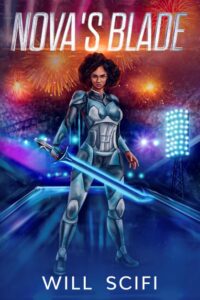 THIRTY-TWO WOMEN. ONE ARENA. A BATTLE TO THE DEATH.

After a long war, corporations have replaced countries. Sports are fought to the death. The most popular game is Last Valkyrie, a live tournament where women kill each other for marriage into a powerful family.

For Nova, living in poverty with her mother and sister is a harsh reality that she cannot escape. But when she is kidnapped and forced to fight on the show, her world changes. If she refuses to fight, the bomb in her head goes off. Now winning means her freedom.

With death lurking at every moment, Nova has no idea if her next fight will be her last. But one thing she knows for certain: only one is making it out alive.

Perfect for fans of Hunger Games, The Selection, and The Princess Trials. You won’t want to put down this exciting page-turner!

This post-apocalyptic story takes place in a poor neighborhood in San Francisco – people have implants and nutrition is inhaled and finally, there are flying cars!  The world now is run by corrupt governments and while there isn’t much detail on what happened that caused this, the United States now has Hunger Games style, fight to the death gladiator trials for young female adults which are televised.    Nova is poor and she must care for her younger sister and ill mother.  The story borrows a lot from reality television but with a sci-fi background.  I have read most of these books and this one just didn’t grab me as something unique.

The story is fast-paced but it also gets bogged down into weird tangents and things that are a bit repetitive.  It also seems impossible to imagine that young adults are forced into these fights to the death without their consent and that the public doesn’t have a clue about that.  Even in a totalitarian government, the whispers would be heard.  I do like Nova and how strong she is but I wish that her story would have been more family-oriented than just the violence. 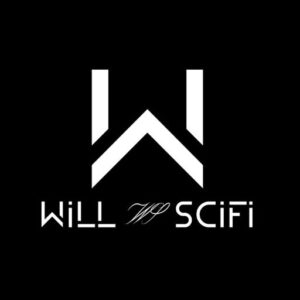 Will Scifi is a pen name for an author from California. He loves reading and writing mainly science fiction that touches on themes surrounding American culture. He draws inspiration from the over 500 movies he has watched in the last 5 years, books, tv shows, and real life. When he is not writing, he can be found in the gym or watching movies at home or in the theaters. He thanks all of his fans for their support and highly encourages anyone who has read his work to always leave a review.

1 winner will receive a finished copy of NOVA’S BLADE, US Only.